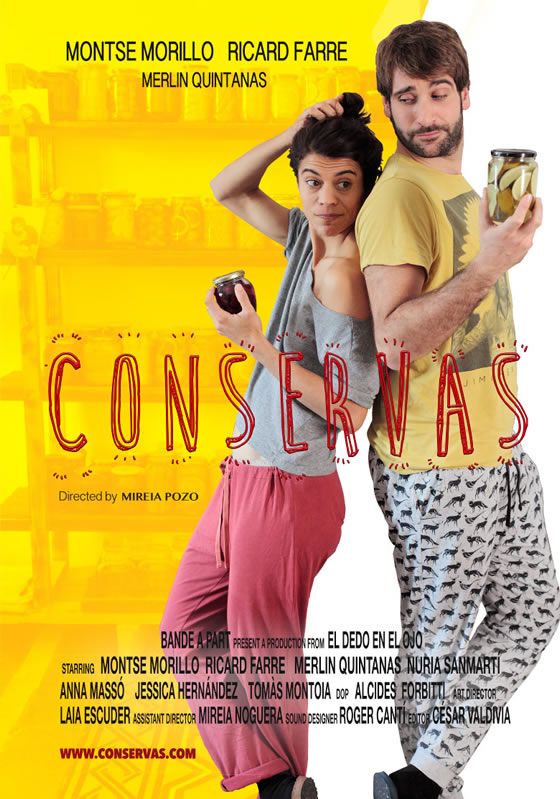 Synopsis: Paula, a restless girl who wants to propose to have an open relationship to Guille, her boyfriend. But along the way, jealousy, doubts and the desire for another person will make it not so easy.

Director Bio Mireia Pozo:
She got a degree in ̈Audiovisual and Multimedia Realization ̈ at Eram School in Girona. Later, she specialized herself in Video Making with a BA in ̈ (Hons) Contemporary Lens Media ̈ at Lincoln University (U.K.) After this, she graduated from Bande À Part school of cinema in Barcelona with a master degree in filmmaking.
She has written and directed the shortfilm ̈Caracol ̈ and ̈Conservas ̈. She also works as freelance filmmaker doing commercials and corporate videos for Mediaq.tv filming.
She has shot two documentary videos: “This isLincoln” and “Ahora y Aquí”She is currently working onthe script of one fiction project about the female sexuality and one documentary project about the women pregnancy problems inTangier along with the NGO Codespa.