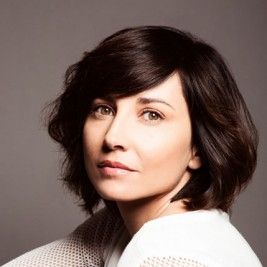 She debuted on the small screen in year 2000 with an episodic role in the series El grupo. In 2001 she was in episodes of the tv series 7 vidas interpreting Lucia. In the following years she participated in other tv series until joining the cast of Hospital Central in 2007 and 2008. Recently she starred in Teresa, a TV movie for Televisión Española channel.

For her role in Lo mejor de mi, by Roser Aguilar (2007), she won the Golden Leopard for the Best Actress at the Locarno International Film Festival and the Jury Prize for Best Emerging Actress.

In 2015 she participated in Happy 140, directed by Gracia Querejeta, for which she was nominated for the Goya and the Feroz award in the category of Best Supporting Actress.In 2016 she appeared in One hundred years of forgiveness of Daniel Calparsoro.

Her last work in cinema is Dying, the new film by Fernando Franco, that will be premiered at San Sebastián Film Festival.