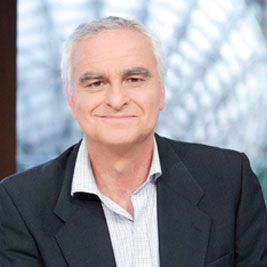 A RTVE professional for more than thirty years, Samuel Martín Mateos has directed La 2 since August 2018. He has passed through different programs and areas of TVE, standing out especially for his good work in the world of culture and cinema.

He has been responsible for the promotion of the participated cinema, directed the area of Culture and Society of TVE and the Production of La 2. He has also been deputy director of the Culture Channel and was in charge of programmes such as ‘Cartelera’ and ‘Gente’. He is also co-writer and co-director of two films (‘Tiempo sin aire’ and ‘Agallas’).